Skip to content
Portal Login
No products in the basket.
$0.00 Basket
Menu

A Bit of Background

In this article, we will be discussing a few key principles on managing workplace conflict that should be helpful in handling your next disagreement between peers. The more one understands conflict and what is actually occurring, the more effective one can be in resolving it.

Today’s manager must have the skills to both manage and ultimately resolve conflict between team members. This is an important part of working within middle management.

We have noticed that a vast majority of managers do not like to get directly involved in disputes between peers. It seems easier (initially at least) to bury one’s head in the sand and hope for the best- unfortunately this is not a solution.

It’s the manager’s responsibility to continually be on the look out for any impending issues between staff members, and then take an active role to resolve them. If conflict is not handled efficiently, it can quickly escalate into a crisis- and that’s bad for everyone!

Workplace Conflict Does Have a Positive Side

As mentioned, if workplace conflicts can be promptly resolved, then any long-term damage can be minimised. What’s interesting is that conflict- when managed- can often have a positive effect.

This can include tighter bonds between (relevant) team members, workplace innovation, and for the effective manager who took control of the issue, improved leadership presence.


A recent disagreement between team members that was promptly resolved, actually resulted in stronger bonding between the two. It turns out that once the issues were uncovered, the disagreement was simply a misunderstanding, as opposed to a genuine difference in opinion.

Due to uncovering the reasons for the dispute and implementing a resolution plan, each party ended up strengthening their work relationship far beyond what was thought possible. This is not uncommon.


Further benefits to the organisation can also result directly from conflict. For example, two individuals battling each other over various viewpoints when planning, actually gained further insights into the issues at hand. As a result, these new insights led the way to better decision making and ultimately a better strategy.

Lastly, there are significant benefits to the manager who knows how to resolve conflict. As a manager with a strong reputation in handling disagreements, team members are more inclined to bring issues to the table because of their trust in management to resolve them. Obviously this would be important when in a leadership role.

So workplace conflict isn’t always a bad thing- provided it’s handled correctly. In this article we will cover two key areas to take note of when looking at conflict. They will add to your knowledge base and make you more effective. These are:

Essentially there are two main types of conflicts that can occur between peers. These are relationship based and interest based problems. 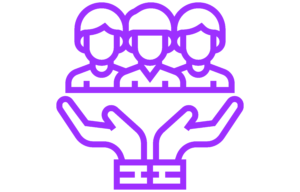 An example of a relationship based conflict might be two work colleagues who have different personalities and value systems. They tend not to agree with each other regardless and so tension and conflict often occur. Relationship based issues can be difficult to resolve- especially when you are dealing with toxic workplace behavior.


An example of an interest based conflict might be a team member having an interest in using the company motor vehicle to reach a client, while another team member also needs the car. Both have the same interests and usually get along, but this time round they clash. This is an easier type of conflict to resolve that can usually be handled through careful cooperation and negotiation.

When managing workplace conflicts, it is important to recognise what you are actually dealing with so your approach to resolving each issue can be adequate.

As well as conflict types, there are also the individual goals of each party to consider. These include topic goals, relational goals, identity goals and process goals. 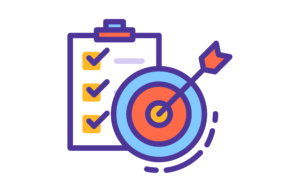 Topic Goals: Firstly is the topic goal, that is, the obvious issue on the surface of the conflict. Topic goals are usually what trigger our awareness of a conflict and tend to be readily identifiable. For example a noisy work colleague.

Relational Goals: The second is the relational goal. Conflicts occur between people who are interdependent, and those people have goals relative to that relationship. Relational goals address the question: How do I want to be treated in this relationship?

These goals are often pursued indirectly through topic goals. Your spouse may disagree with you on an issue, but you want that person to treat you as an equal and to show that he or she cares about you. The relational goal may be the real driver behind the topic goal of a particular conflict, or it may be in conflict with the topic goal.

We’re all working out our identities as we go through life on any given day. In every conflict, that identity tends to be challenged. Of course, the identity goal may be pursued through a topic goal or a relational goal, or it may require us to choose between topic and relational goals.

Process Goal (desired outcome): The last type of goal is the process goal. How do I want to resolve this conflict? Process goals are driven by the other three types and represent multiple options for resolving conflicts.

Understanding the individual goals involved can help one better understand the needs of each team member.

Setting Up a Conflict Resolution Meeting 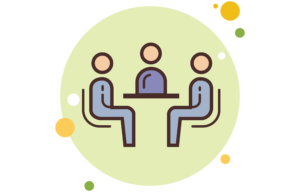 As a leader within the organisation you are also tasked with arranging and facilitating a conflict resolution meeting. The purpose of this meeting is to reach an agreement that will satisfy both parties.

Stages of setting up this meeting can include- inviting team members to the meeting- sharing information about the resolution process- allowing each individual to voice their concerns- finding a win-win solution. Many times though, this is easier said than done. 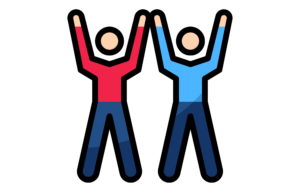 For most people the word ‘conflict’ conjures up fearful emotions and brings to mind negative past experiences. Conflict however, does not have to end badly, it simply takes a bit of understanding, an effective resolution process and plenty of practice.

There is a lot more to understanding workplace conflict, hopefully this will get you started. Thank you for reading this article, your comments and insights are welcome.

Please also check out our full list of management workshops.

How to Hire a Training Provider

How to Manage Your Difficult Staff Members

How Do You Survive Middle Management? 8 Helpful Tips

LOOKING FOR TRAINING OUTSIDE OF AUSTRALIA?